Sneakers are not just shoes these days, it is much more than that, it has become an art form. People who let their creativity run wild by styling striking sneakers with certain outfits, or putting together a sneaker from scratch. Because some sneakers are so special, Sneaker displays have come up with something for that, a display to highlight one pair (or one shoe)!

The inspiration for Sneaker displays originated on National Air Max Day on March 26, 2014 (known as 3.26.14), when Nike released the first “Air Max Day” Air Max 1. At a special release party, the shoes came in a transparent bag with a logo, from which the Sneaker display was created, a plastic display that has the luxurious appearance of glass. A display that ensures that every sneaker immediately has a premium appearance, the ideal way to show your “holy grail” instead of storing it in an OG box in the attic. Perfect for an eye-catcher in your living room, in shops or on Instagram.

Sneaker Display is a must have for every sneaker enthusiast, it gives your sneakers an exclusive look. With some exclusive sneakers, prices run so high that it detracts from value when worn. 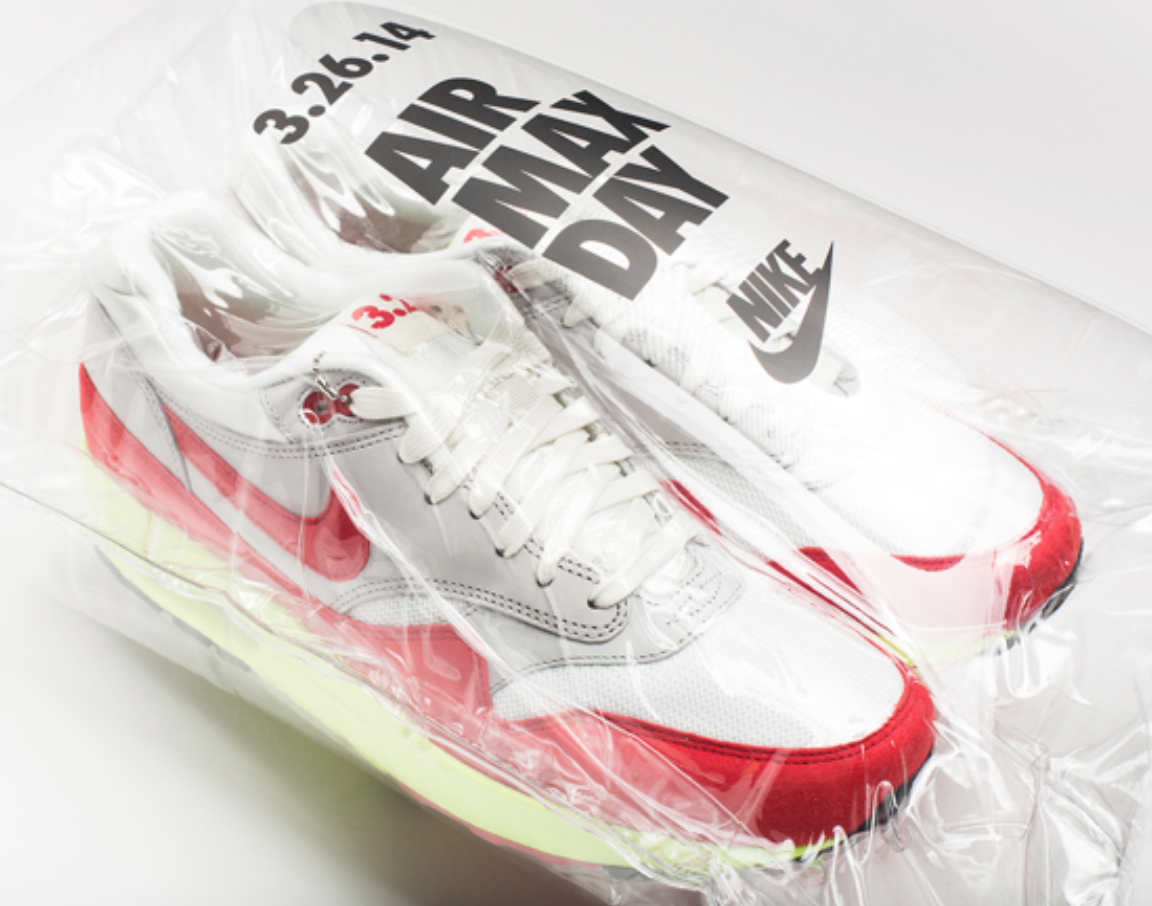 As a basis, the display was made in the form of a bell jar, and logos were placed on it, such as on the Nike airbag. First for personal use and later on Instagram to show it off. So many positive reactions and responses from Instagram arose from people who were genuinely interested in serious numbers, not only from the Netherlands but from all over the world !,  From leading brands, high-end sneakers, sneakerheads, athletes, celebrities, from world famous collectors.

In recent months we have been able to make displays for Nicky Diamond, Selwyn Senatori, AFEW Store, Jeff Staple NY, Larry Deadstock Paris, Baskéts Amsterdam, PSG Paris, Kickstothepitch, de Bijenkorf / Bata and 6th floor Vienna and many others. Our Sneaker displays have also been shown on national television a number of times at RTL Late Night and at RTL boulevard.

What are you looking for?

This website uses cookies to improve your experience while you navigate through the website. Out of these, the cookies that are categorized as necessary are stored on your browser as they are essential for the working of basic functionalities of the website. We also use third-party cookies that help us analyze and understand how you use this website. These cookies will be stored in your browser only with your consent. You also have the option to opt-out of these cookies. But opting out of some of these cookies may affect your browsing experience.
Necessary Always Enabled
Necessary cookies are absolutely essential for the website to function properly. This category only includes cookies that ensures basic functionalities and security features of the website. These cookies do not store any personal information.
Non-necessary
Any cookies that may not be particularly necessary for the website to function and is used specifically to collect user personal data via analytics, ads, other embedded contents are termed as non-necessary cookies. It is mandatory to procure user consent prior to running these cookies on your website.
SAVE & ACCEPT